How Your Brand Can Positively Impact Society I bet we know what you need today…

Even better: an uplifting story about how marketers can help make a difference in their communities.

Our latest Marketing Expert Chat episode features Elizabeth Schmidt, VP of Marketing at Threadless, who shares specific examples of how her company gave (and continues to give) back to society, both locally and nationally, during the pandemic. Her story, while inspiring, can help shed light on how other organizations can find their own ways to support causes near and dear to their hearts. Causes that align with their values and mission. Causes that will motivate and inspire their employees, customers and prospects.

Tune in now to learn more about how you can leverage your company’s brand to create a positive impact – on your organization and for the greater good of your communities.

CAROLINE: Hi, today I am here with Elizabeth Schmidt. Elizabeth is an incredible builder of communities. She’s been, you know, engaging communities, via social media and marketing, working with amazing brands and personalities such as L’Oréal, Blake Lively, Disney, and much more. So, I’m quite incredibly excited to have Elizabeth with us today. And now she is the Digital Marketing Director at Threadless. Elizabeth thank you so much for being with me today.

ELIZABETH: It’s a pleasure to be here, thank you for inviting me.

CAROLINE: So today I have a very exciting question for you, because Threadless, for people who are not familiar, is engaging artists, is engaging communities, and it’s also contributing to amazing causes, and so it’s quite a special company. And so, my question for you is how do you leverage the power of your own brand to build positive impact for your business and also do good in the world at the same time?

ELIZABETH: I love this question so much because so much of what we do is rooted in the greater good, just our entire business model, and our mission really is to help artists succeed. And we do that by supporting them in every capacity. And we realized, especially last year during the pandemic, when the pandemic first started, that there’s just so much need in the world. And our artists’ livelihood was at stake because so many lost their jobs, you know, couldn’t make ends meet. And the art community in general took a really big hit when everything shut down for the pandemic.

So, we really tried to get our minds together, group our minds together, and come up with a way that we could support the community. The first thing that we did was launch a community action plan, which in fact helped our artists earn even more through the first few months of the pandemic. We ran that community action plan through May, so from March to May, where our artists in many instances were earning double what they normally would earn. And then sometimes actually up to 67% more on certain items…

ELIZABETH: ... that were being sold. We also offered to get anyone up on Artist Shops. Restaurants, small businesses, anyone impacted by the pandemic just needed to email us and let us know that they wanted some help putting up their logo, or maybe they had a catchphrase or something across a product line. So that at least if they lost their store, you know, in the sense that they couldn’t have their store open they would still be able to sell something online.

ELIZABETH: And we found that we were able to help a lot of artists, a lot of small businesses, schools even, reached out to us, musicians reached out to us. And we were working with so many different types of artists to help them create a revenue stream, a line of income, even if it was just passive, you know, it was something. And it was helping.

ELIZABETH: And during that time, we ended up helping artists earn significantly more, in fact the most that our artists have ever earned since we launched Artist Shops in 2016.

Outside of that, another thing that we did just to support the community once the CDC came out with their recommendation of wearing face masks, we realized that we needed to do our part as well. So, we decided to launch, print on-demand face masks, but in doing so, we couldn’t just launch face masks for sale and that was it, because you know that really didn’t align with helping, you know?

ELIZABETH: That would just be us taking money from people that are looking to protect themselves. And so, we decided to donate 100% of our net proceeds from the sales of these face masks to a charity called MedShare. MedShare is a United States based charity, but they actually work globally to provide critical PPE and medical equipment to communities in need. And they do this, you know, nationwide, but they’re in many, many, many other countries providing critical medical equipment, especially to underserved communities. So that was our initiative when we first launched, and we pledged up to $100,000 that we would donate 100% of our net proceeds. We blew through that $100,000 so fast.

Our community was and frankly, you know, everyone around the world, was such a fan of these art-specific face masks because it allowed them to express themselves, whereby we’re all just covering up our faces, which are, you know, the only way that we can really communicate with people and show our expression. So, we continued to donate proceeds, but we turned it into a portion of the proceeds in lieu of that 100%, just because of the sheer popularity of our face masks. And in turn, we’ve since been able to raise over half a million dollars, $500,000, and more since then, over the course of the last year that we were able to donate directly to MedShare. And because of that, that helped them to deliver 2 million units of critical PPE nationwide.

ELIZABETH: And the impact was amazing, and we’ve been in communication directly with the organization, which is a 501c3 charity. And we also saw that Disney launched face masks and also pledged to donate a million dollars to MedShare. We were really hoping to beat that number. But we’re still donating to MedShare from the sales of our face masks even today, and so that’s really something that we’re so excited to be able to offer.

So, with that spawned the launch of what we call Threadless Causes. So, we first started with this initiative with MedShare, and we realized that just because of the popularity of it, and because artists specifically were joining Artists Shops just to sell face masks, because they were in such critical demand and in need and they wanted to do their part to help others protect themselves, and also, they loved the charitable component.

So, we decided to launch an initiative that would allow any artist to sign up for an Artist Shop, or if they already have one, to allocate a portion of their proceeds from the sale of their designs on any product to a handful of causes and charities that we set up. Right now, there’s a variety of different causes spanning racial injustice to humanitarian aid, which is where MedShare lives under, to human rights, to Pride and LGBTQIA communities, to suicide prevention, mental health awareness, and we just added a new one for the environment. After all of the civil unrest events that occurred with George Floyd and Breonna Taylor, we really felt that it was important to have a racial injustice cause. And under that we’ve included Black Lives Matter and a variety of other critical charities that are doing work to help to combat and fight racism, systemic racism in our country.

In fact, just from the latest hate crimes that are existing and the rise of said crimes, hate crimes against the Asian American and Pacific Islander community, we felt that it was also important for us to add an additional slew of charities under racial injustice. So, we’ve actually added nine additional charities that all support the Asian-American/Pacific Islander community within the United States. They do global work as well, many of them do global work, but that includes Stop AAPI Hate, and Chinese Progressive Council and Apex for Youth, which is a wonderful organization working with youth in New York, a bunch of others.

And we really just realize that people care about things that are going on in the world. And if they can do something about that, if they can use their art to send a message, to spread a message of, you know, togetherness, oneness, and also to send a message of, like, stop racism, Stop AAPI Hate, Stop Asian Hate, to allow people to express themselves outwardly with these messages on T-shirts, on face masks, on, you know, tote bags, anything really. This is arming our artist community with these opportunities to design for purpose. And then it also allows our customers and our fans to shop with purpose. So, we wanted to be able to offer all of these to allow everything to tie together because these causes are so important to so many people around the world, frankly. And they’re impacting communities around the world. And so, we really stand, you know, with all of these communities that are marginalized, oppressed, you know, battling the most obscene, obscene and horrific violence and acts of violence, and we wanted to do something about it. So, in addition to allowing our artists to raise money for and directly donate their proceeds to these charities we are also pledging to donate up to $100,000 for each initiative. So that also allows us to support these causes as well.

ELIZABETH: Me too. Thank you so much for having me.

Marketing Strategy and Business Strategy: The Story of Their Co-Dependency

B2B Community Building for Marketing: Why, Why Now and How 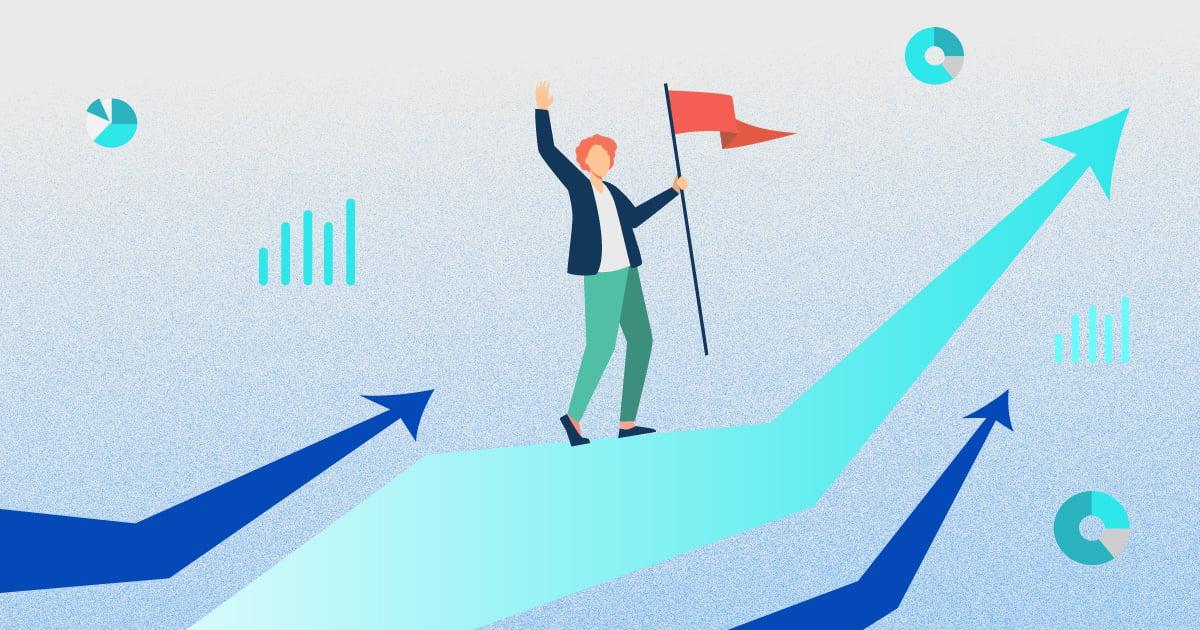 The Best Ways for a Growth Marketing Agency to Prove ROI